David Kordansky Gallery is pleased to announce an exhibition of new work by Anthony Pearson. The exhibition will run from December 11, 2010 through February 5, 2011; an opening reception will be held on Saturday, December 11 from 6:00 to 9:00 pm. A catalogue designed by Brian Roettinger, with an essay by Liz Kotz, will accompany the exhibition. Anthony Pearson’s sculptures and photographs are, on the one hand, records of a studio practice dedicated to nonrepresentational mark-making and the pursuit of free aesthetic movement; on the other, they are the elements of a vocabulary designed to systematize the irrational and inexplicable facets of artistic endeavor.

This oscillation between generative and curatorial instincts is manifest in the solarized silver gelatin prints that form one of the central aspects of Pearson’s work. These unique prints are photographs of ink drawings on foil: images, in essence, of hand-drawn marks that have been mediated by the optical and chemical processes of photography. By arranging them in sets or pairing them with sculptural works, Pearson distances himself even further from the individual acts of expression that give rise to each composition.

For the first time, the artist has created large-scale steel sculptures whose forms are derived from two of these photographs. Compositions originally made with ink and brush have undergone a complete alchemical transformation, passing through the photographic process to become templates for three-dimensional objects in space. Until now, photography has served as a way to create conceptual distance between the act of making non-representational compositions and the act of displaying them in the context of other artworks. Here, however, photographs have been cycled back through the studio practice, and have led to an expansion of physical scale, the adaptation of new technical procedures, and increased conceptual reach.

Corresponding developments can be seen in new examples of Pearson’s trademark ‘arrangements’, which combine photographic elements with bronze sculptures made from castings. The ‘arrangements’ are powerful examples of instances in which Pearson applies curatorial logic to the results of idiosyncratic, even hermetic, processes. Two of them utilize ‘flares’––manipulated photographs of a light leak that is a manifestation of a flaw within the camera itself. Just as the casts can be read as attempts to influence the aleatory characteristics of a material (poured bronze), producing the ‘flares’ becomes an opportunity for Pearson to systematize occurrences beyond his complete control, and forces him to develop a visual language based on a foundation of chance. However, when juxtaposed with the bronzes, whose textural nuances call to mind human torsos or geological formations, the ‘flares’ relate as much to the phenomenological experience of a body in space as they do to the apparatus of the camera.

The relationship between the pictorial and the physical is also explored in a series of small bronze wall-based sculptures. Created using molds made from shaped clay forms, these works mark the first time that Pearson has hung objects directly on the wall, as well as the first time that he has exhibited bronzes without photographs. They recall both the scale and the non-representational aspect of the solarized photographs, though their connection to the artist’s hand is articulated in plastic rather than painterly terms. This connection is reversed in a body of photographs the artist refers to as ‘opaques’. While they appear as minimal and ghostly fields of white, black and grey, the ‘opaques’ are in fact blunt records of the physical effects of mark-making: they depict the backs of the ink-on-foil drawings that become sources for other photographs. Like Freud’s Mystic Writing Pad, they retain a concealed history of scars, disruptions, and intense experience.

In each of these cases Pearson has developed procedures for cataloguing, controlling, and shaping the unpredictable. Traditionally defined categories of intuition and reason blur and inform one another, so that the desire to collect and organize becomes just as psychologically charged as the desire to initiate non-representational forms, if not more so. As such, the work is not only a study of the alchemical relationships between materials, but an ongoing record of competing forces at play in the studio. Pearson’s practice represents the furthering of a tradition exemplified by figures as diverse as John Cage, Jackson Pollock and Bruce Nauman, one based in both pragmatic and rigorous experimentation.

In 2008 Anthony Pearson was the subject of a solo exhibition at Midway Contemporary Art, Minneapolis, which was accompanied by a catalogue with an essay by Tim Griffin. Earlier this year, his work was included in At Home/Not at Home: Works from the Collection of Martin and Rebecca Eisenberg, Center for Curatorial Studies, Bard College, Annandale-on-Hudson, NY. In 2011 he will be featured in The Anxiety of Photography at the Aspen Art Museum, Aspen, CO. 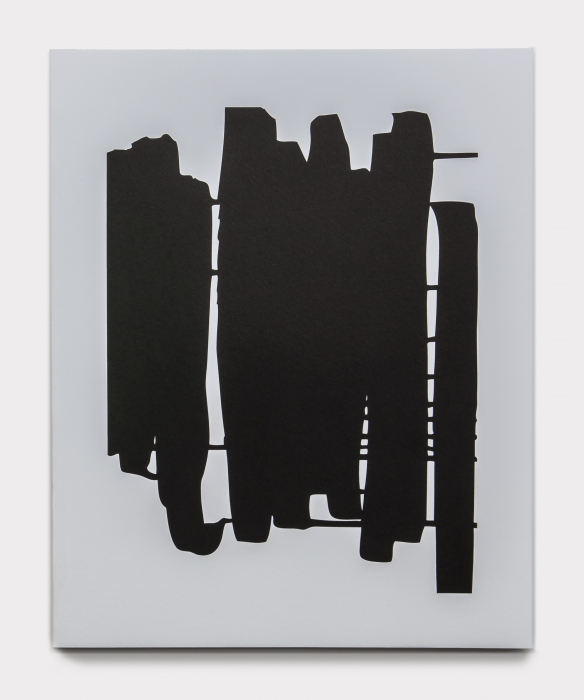