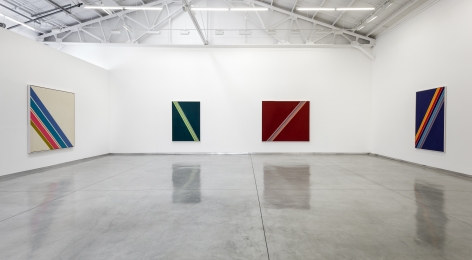 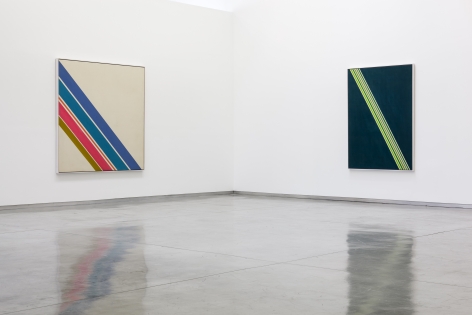 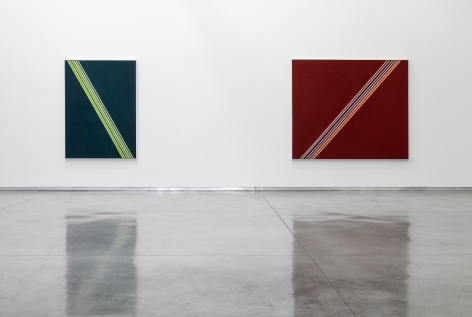 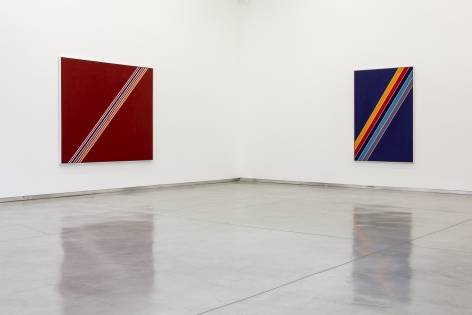 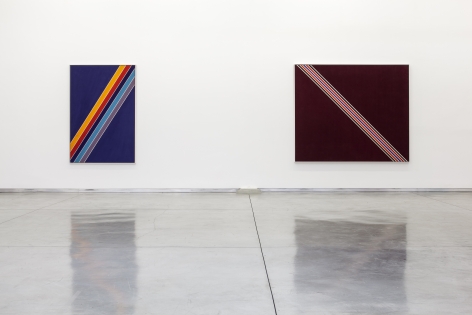 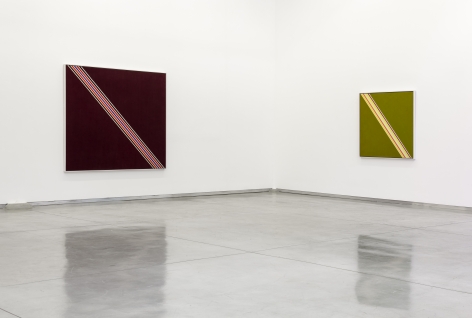 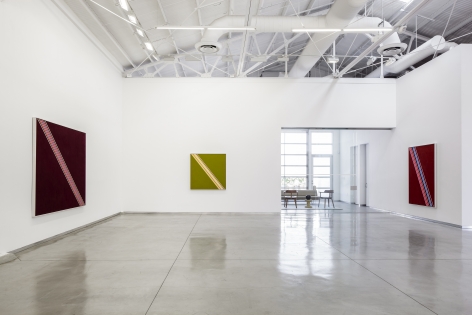 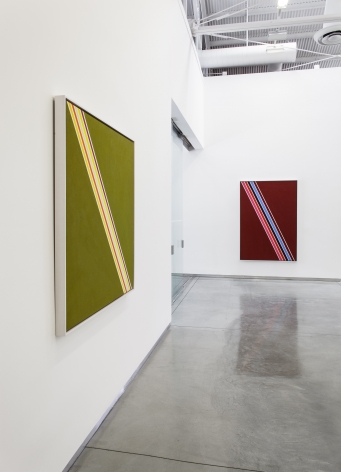 David Kordansky Gallery is very pleased to announce Sam Gilliam: Hard-Edge Paintings 1963-1966, its first exhibition of the artist’s work. The show, curated by fellow gallery artist Rashid Johnson, will open on March 28 and run through May 11, 2013. An opening reception will be held on Thursday, March 28 from 6:00 until 8:00pm.

A revolutionary figure in postwar American art, Sam Gilliam helped define the Washington Color School in the mid-1960s and pushed Color Field painting to its extremes. Gilliam utilized the tenets of hard-edge geometric painting as starting points for a series of formal experiments that would soon lead to subsequent breakthroughs in contemporary painting, including the installation-based drape paintings for which he is best known. Exhibition curator Rashid Johnson has focused on this lesser-known period as a way of shedding light on the full scope of Gilliam’s achievement. The exhibition is therefore an opportunity to see the early paintings of a major figure through the eyes of a young artist who himself has recently emerged as a leading voice of his generation.

The earliest paintings on view feature wash-like monochromatic fields inscribed with diagonal stripes. While executed using the same Magna acrylic resin paints preferred by many of his Washington-based peers during this period, these works display a subtle sense of color and texture, and show Gilliam beginning to gradually diverge from the strict parameters of what was understood as Color Field painting. In other works, hard edges start to give way to a more organic interaction of pigments––diagonal stripes and triangular forms divide areas of raw canvas but also blend into one another. No longer wholly reliant on what Kenneth Noland described as a “one-shot” process of pre-conceived design, these paintings show Gilliam developing a freer method of composition.

This transition was enacted by a young artist responding to an increasingly unpredictable world by adapting a structured methodology for greater experimentation. For Gilliam, the hard-edge ethos was not a theoretical end itself, but the beginning of a lifelong interest in the connection between painting and sculpture, and in creating, in critic and curator Jonathan Binstock’s words, “a totally painterly environment, one that made a viewer’s relationship to the object and the space around the object… almost as important as the object itself.”

Gilliam would soon expand the field of the painting beyond the limits of the stretcher into the surrounding architecture. But he would also question the connection between formalism and issues outside of a purely art historical context, including those related to the particularities of African-American experiences. Throughout his evolution, and regardless of the specific parameters of a given period, Gilliam has always focused on the lyrical potential of his chosen materials. As a result, his work has increasingly proven to be a prevailing influence on younger artists working across all media.

Sam Gilliam (b. 1933) lives and works in Washington, D.C. His work is in the collections of many major institutions worldwide, including the Museum of Modern Art, New York; Tate Modern, London; The Art Institute of Chicago; Hirshhorn Museum and Sculpture Garden, Washington, D.C.; Musée d’Art Moderne de la Ville de Paris; Los Angeles County Museum of Art; Dallas Museum of Art; Walker Art Center, Minneapolis; and the Solomon R. Guggenheim Museum, New York. A major retrospective was held at the Corcoran Gallery of Art, Washingon, D.C. in 2005. Included in many seminal group exhibitions over the last fifty years, his work is currently on view in A Bigger Splash: Painting after Performance, Tate Modern, London. Other forthcoming and recent group shows include The Force of Color, Madison Museum of Contemporary Art, Madison, WI; Drip, Drape, Draft, curated by Rashid Johnson, South London Gallery, London; The Spirit Level, curated by Ugo Rondinone, Gladstone Gallery, New York; Colorscape: Abstract Painting, 1960-1979, Santa Barbara Museum of Art; and The Shape of Color, Art Gallery of Ontario, Toronto. Gilliam will be honored alongside other artists by American Patrons of Tate, in a ceremony to be held in New York in May 2013.