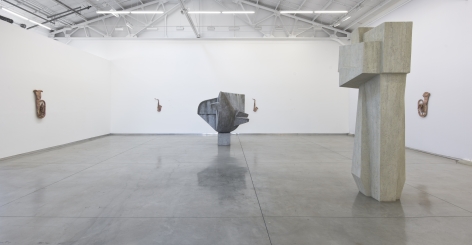 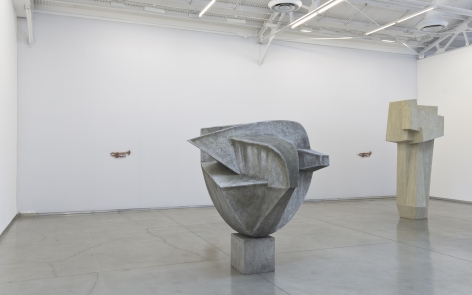 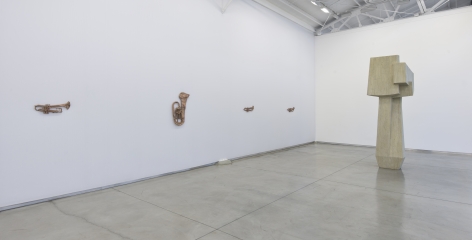 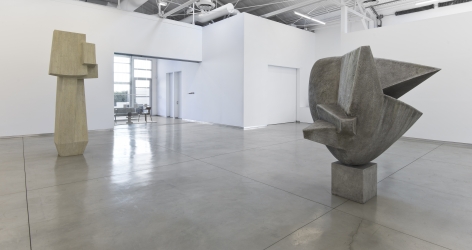 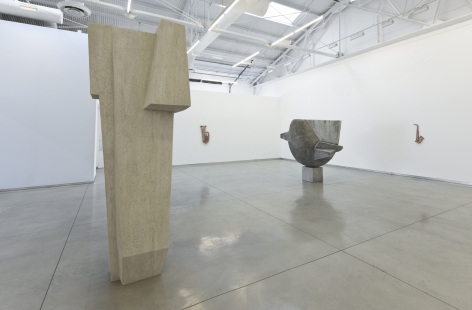 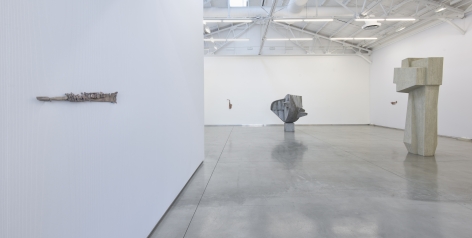 David Kordansky Gallery is very pleased to announce Inca, Cargo, Goal, an exhibition of new work by Valentin Carron. This will be Carron's first exhibition with the gallery, and his first solo exhibition in Los Angeles. It will open on October 26, 2012 and run through December 8. An opening reception will be held on Friday, October 26, from 6:00 until 9:00pm.

Valentin Carron has become known for sculptural work in which cultural icons––particularly those associated with the rural area of his native Martigny, Switzerland––are transformed into newly living vessels for humor and pathos. By appropriating seemingly ubiquitous forms from the social landscape and recreating them in new materials, objects that have been emptied of their significance over time are re-energized and re-awakened. The synthetic replaces the natural as a natural state of affairs, so that Carron's work can be read as a materials-based critique of the contemporary relationship between the authentic and the fabricated.

Inca, Cargo, Goal will feature two new bodies of work installed against a deceptively immersive intervention in the gallery space. Carron has used an Italian cotton material normally used to make men's shirts to cover several of the gallery's walls, creating an ad hoc mural that sets the scene for the interplay of objects within. The cotton's soft blue pin-striping is simultaneously a Cartesian organizational scheme and a sly refutation of the gallery's architectural status as a blank visual field. It also frames the constant slippage between use value and pure formalism that is a primary animating force in Carron's practice.

By alluding to a linguistic game in which the final syllable of one word must match the first syllable of the next, the exhibition's title points to the place where the practical dimension of language falls apart. Within the parameters of the game, the ability of language to transmit meaning becomes reliant precisely on the loss of meaning that occurs when the material aspect of a word is isolated. This relationship between failure and productivity circulates throughout the exhibition, and is an especially salient feature of the bronze sculptures based on musical instruments that line the gallery's walls.

Having seen such instruments used as decoration in village pubs, Carron was led to reflect on their deflated status as art (representative perhaps of a belated stage of pop art) as well as their role as tired signifiers of the good times promised in such establishments. He acquired typical instruments of his own, donned handmade, heavy-soled mountain boots (typically Swiss objects in and of themselves), and stomped on the instruments until they were flattened and deformed. By taking away their functionality, Carron returns a measure of agency and immediacy to forms that were previously relegated to the cultural background. And by casting the results of this destructive action in bronze, he demonstrates a continued interest in the ability of time-honored materials to aid in the transformation of chaos into legible form.

Situated in the center of the gallery are two freestanding, large-scale sculptures based on works by the Swiss modernist artist Ödön Koch. Though the original, mid-20th century Koch works were rendered in hand-carved stone, Carron has recreated them by slyly substituting synthetic materials for a natural one. Polystyrene, fiberglass, resin and paint are used to mimic not only the properties of the objects themselves, but the wear and tarnish they have accrued over time. These sculptures are not simulations, however; instead, they engage the potential for similarity to effect difference, and for homage to become a radical form of iconoclasm. As such, their relationship to formalism is a paradoxical one: an abstract form originally created as part of a universal aesthetic language (i.e. modernism) is isolated as an example of a regional phenomenon, and the disembodied nature of an increasingly global world is embodied by the most local of artifacts.